Discover Bosnia and Herzegovina as new outsourcing and nearshoring destination

Bosnia-Herzegovina has emerged as a new outsourcing hotspot over the past decade. The country’s growing talent pool of young highly skilled multi-lingual professionals, together with low labour costs has attracted a growing number of foreign investors and global BPO providers, who have established  business centers in Bosnia-Herzegovina or entered into partnerships with the country’s growing number of locally owned and operated BPO service providers. Bosnia-Herzegovina’s fast-growing local technology sector is also attracting investment in more sophisticated ITO and KPO services, from software design and programming to electrical engineering and architecture 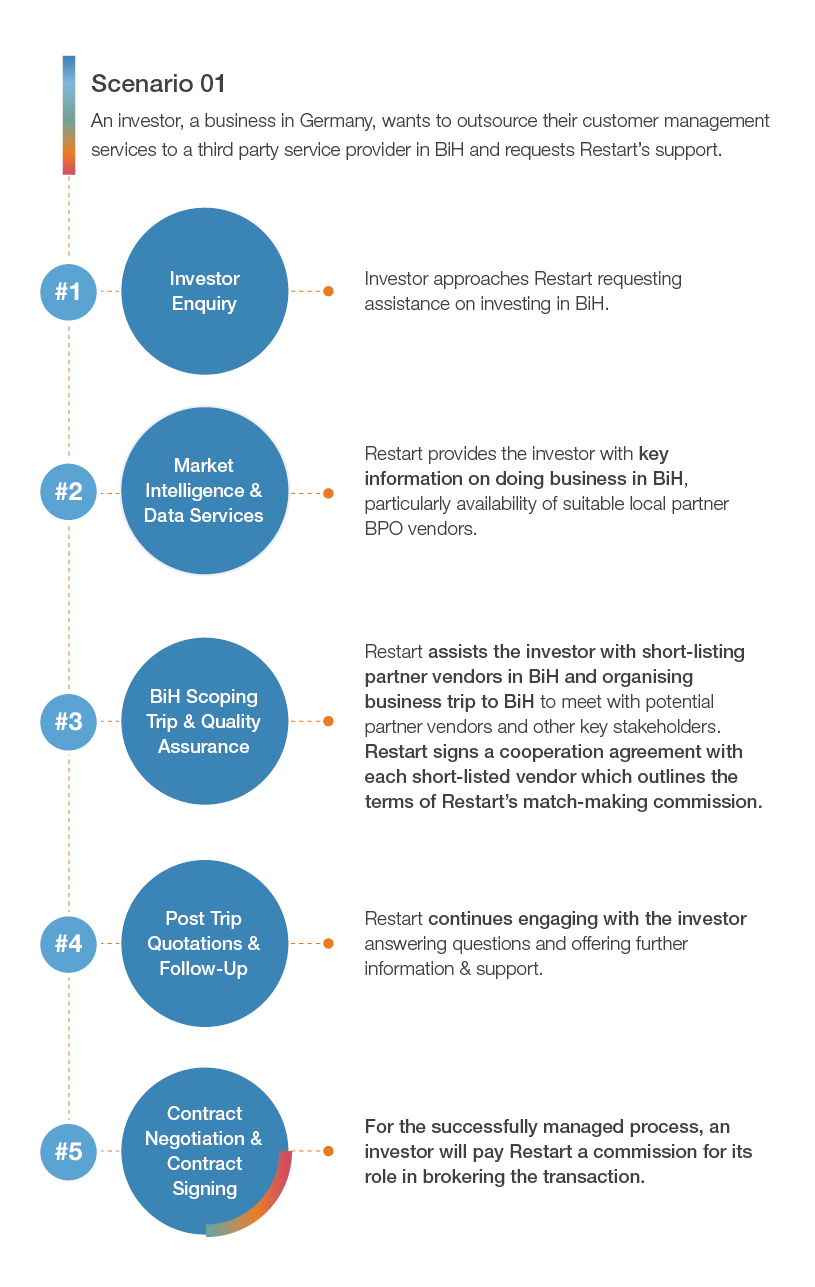 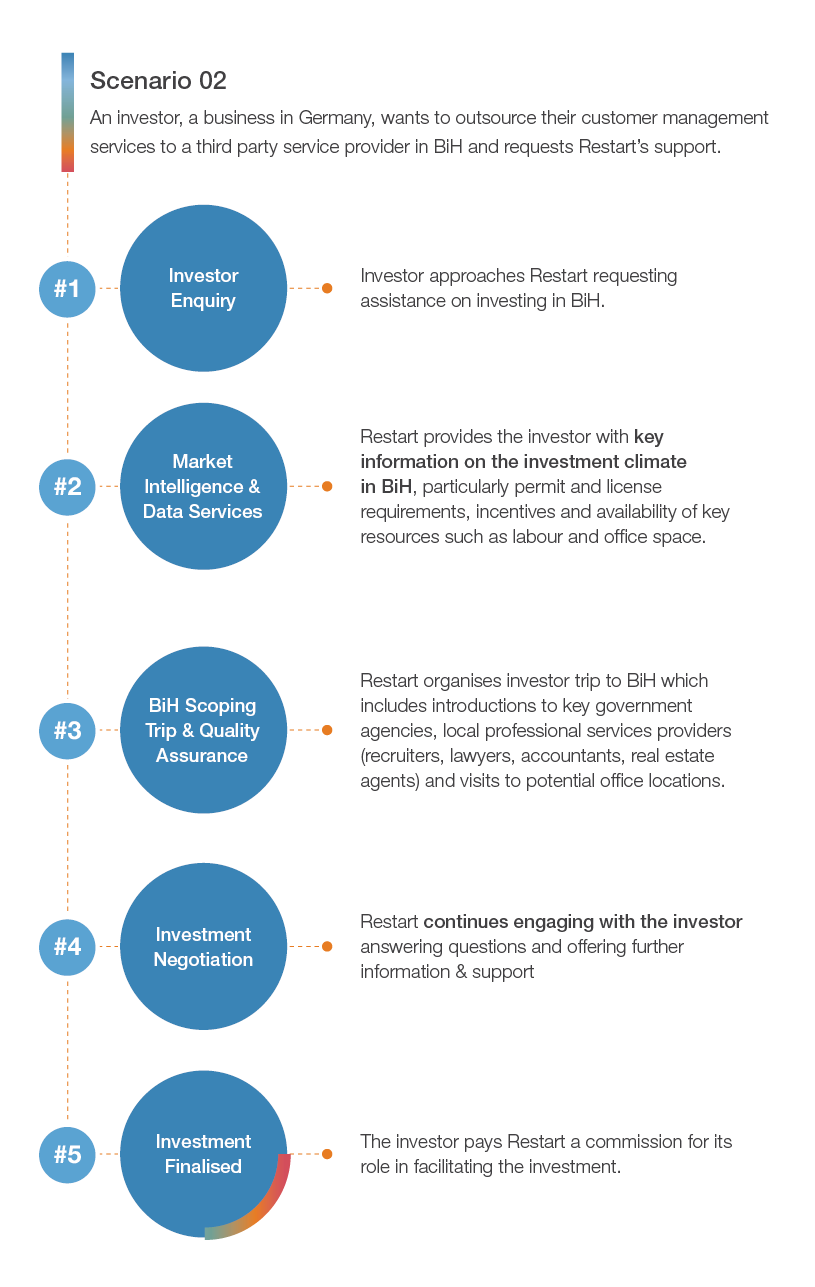 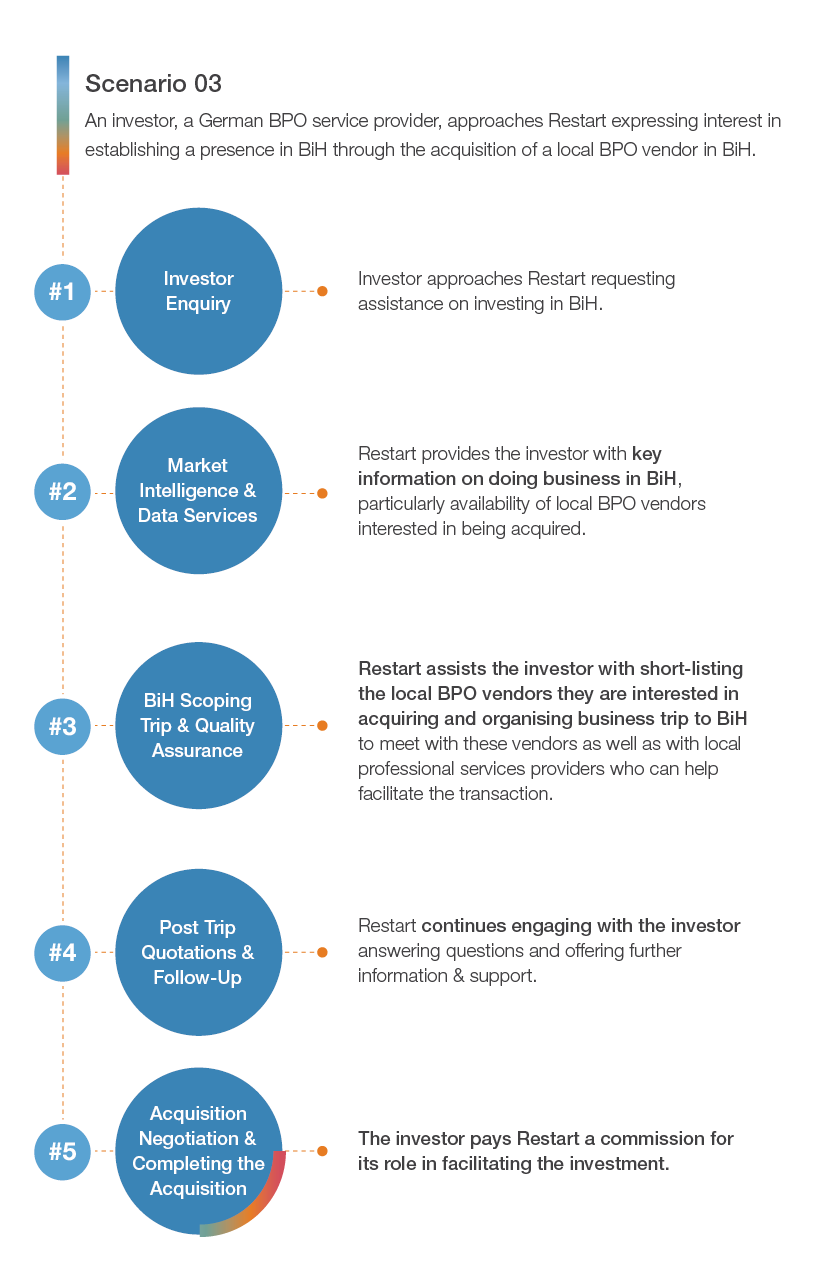 Let us take care of your business

Why outsource to Bosnia-Herzegovina?

Bosnia-Herzegovina is a one-to-two-hour flight from most major European capitals and business centers. Outsourcing operations to a nearby country offers significant advantages for firms based in Western Europe. It is much more convenient for a company to set up a development center in a European country such as Bosnia-Herzegovina than in more distant locations such as India for the simple reason that its closer to home both geographically and culturally.

In today’s digital connected world data confidentiality, privacy, and security are key priorities for businesses and society in general. As a potential candidate for EU membership Bosnia-Herzegovina local businesses which manage the data of EU citizens are required to comply with GDPR regulations.

Bosnia-Herzegovina has a large, well-educated workforce – its people are its most valuable resource. Tertiary education enrollment rates have been extremely high over the past decade. Local universities produce about 16,000 graduates each year, most of which are very proficient in English and German.

Tax rates in Bosnia-Herzegovina are low compared to other locations in Europe. The local corporation tax is 10 percent, compared to a European average of 30 percent. VAT is currently 17 percent, the withholding tax rate is 10 percent and there is a single flat income taxation rate of 10 percent, with additional incentives for employees.

Aside from the tax advantages, Bosnia-Herzegovina is one of the most competitive European locations when it comes to doing business. The country represents real value for money when it comes to typical business costs such as utilities, communication, office rent and professional services such as accountancy, legal advice, and recruitment. Also importantly, local talent comes at a lower cost than in neighboring Central and Eastern Europe countries, without compromising in quality.

Low average wages across industries in comparison to other outsourcing destinations and developed countries.

High rate of English and German language proficiency (B2 level)

Great diversification and depth of talent pool with regards to level of education, skills, and expertise.

What will you get from us?

Our experienced in-house experts will assess your requirements and match you with perfect company from our pre-vetted network.

Get matched with the perfect local BPO partner for your needs

Just submit your brief, and receive detailed analysis within 72 hours. It’s that easy.